Renaissance Technologies’ Jim Simons is the richest hedge fund manager in the U.S. for the fourth year in a row. 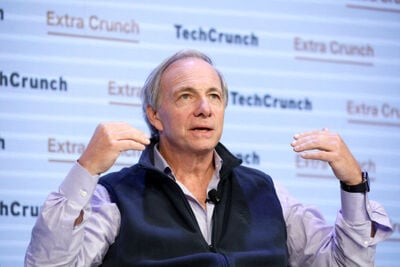 The 10 Richest Hedge Fund Managers in the World Today:

A former computer science professor at Columbia University, David Shaw founded his quantitative hedge fund, D.E. Shaw, in 1988. Known for using sophisticated mathematical modeling and algorithms, the fund now manages more than $55 billion in assets. Shaw stepped away from day-to-day operations in 2002, leaving an executive committee to oversee the firm.

Chase Coleman founded Tiger Global Management in 2001. His firm is one of the seeded funds of the “The Tiger Fund,” financed by his former boss Julian Robertson that was actively investing from 1980 to March 2000. After closing the fund, Julian Robertson decided to use his own capital, experience, and infrastructure to launch 38 hedge funds (“Tiger Seeds”) in return for a stake in their fund management companies. Thus, it created Coleman’s Tiger Global Management in 2001.

David Tepper founded his company, Appaloosa Management, in 1993. He has donated $7 million to various food banks and gave $55 million to Carnegie Mellon’s business school. He owns the NFL’s Carolina Panthers.

Steven Cohen earned his first significant fortune through the now-closed S.A.C. Capital Advisors. SAC was a Stamford, Connecticut-based hedge fund which mainly focused on equity market strategies. The firm was shuttered in the wake of an insider trading scandal. Today Cohen runs a hedge fund called Point72 Asset Management which for a number of years exclusively managed his own money. It reopened to outside investors in 2018. He also owns the New York Mets baseball team.

Ken Griffin founded Citadel in 1990. The firm manages $39 billion in assets. Citadel is the third most profitable hedge fund of all time, behind Ray Dalio’s Bridgewater and George Sorors’ family office.

Carl Icahn formed Icahn & Co. in 1968. Over the decades he took controlling positions in various corporations such as RJR Nabisco, Texaco, TWA, Phillips Petroleum, Western Union, Viacom, Uniroyal, Marvel Comics, Revlon, Blockbuster, Time Warner, and Motorola. His reputation developed as that of a ruthless raider after a hostile takeover in 1985 of TWA. In 2013, he sold nearly 50% of his stock in Netflix for over $800 million in profit. This transaction is said to be one of the largest stock gains in history.

Ray Dalio is the founder of Bridgewater Associates, which manages $160 billion in assets. In 2012 the company became the largest hedge fund in the world. Ray is one of a very few people who predicted the global financial crisis in 2007.

Jim Simons is a former teacher who founded the hedge fund Renaissance Technologies in 1982. He’s a preeminent mathematician, code-breaker, and he studies pattern recognition. He’s also a major philanthropist. Simons is the only hedge fund manager to make the list of the highest-paid for every single one of the 20 years.