Russian police arrested more than 1,700 protesters as people rallied across the country against the invasion of Ukraine. 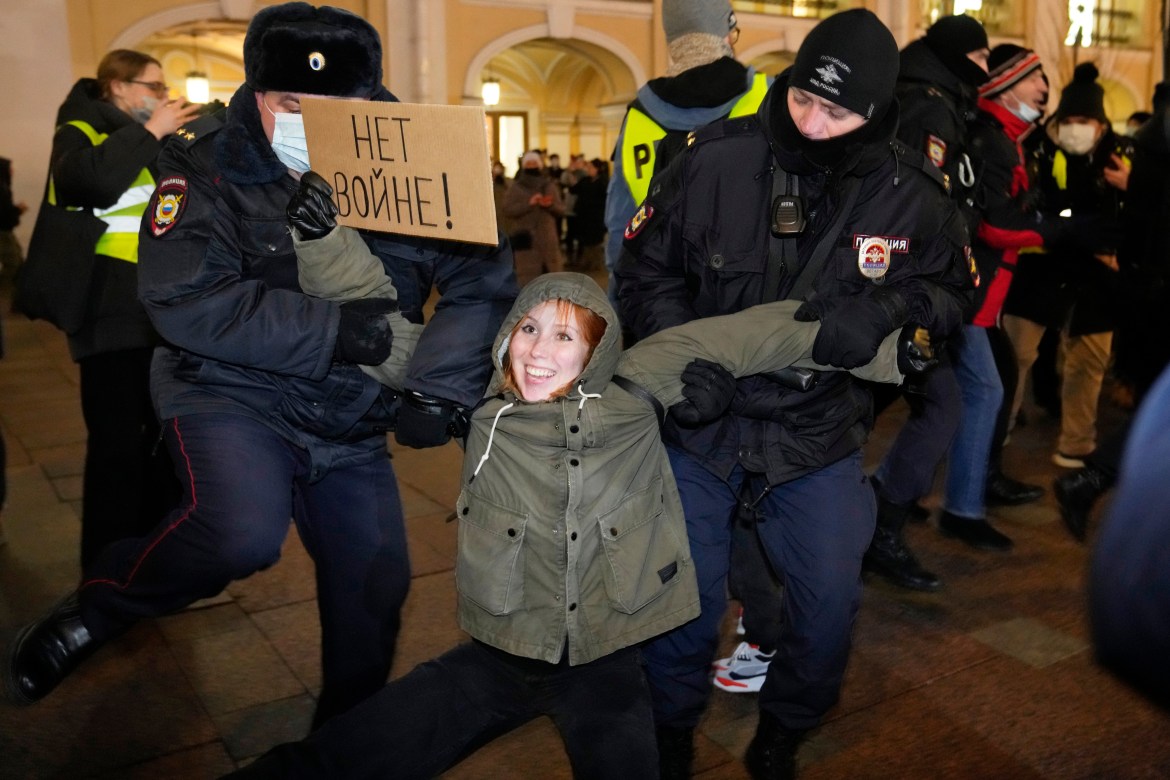 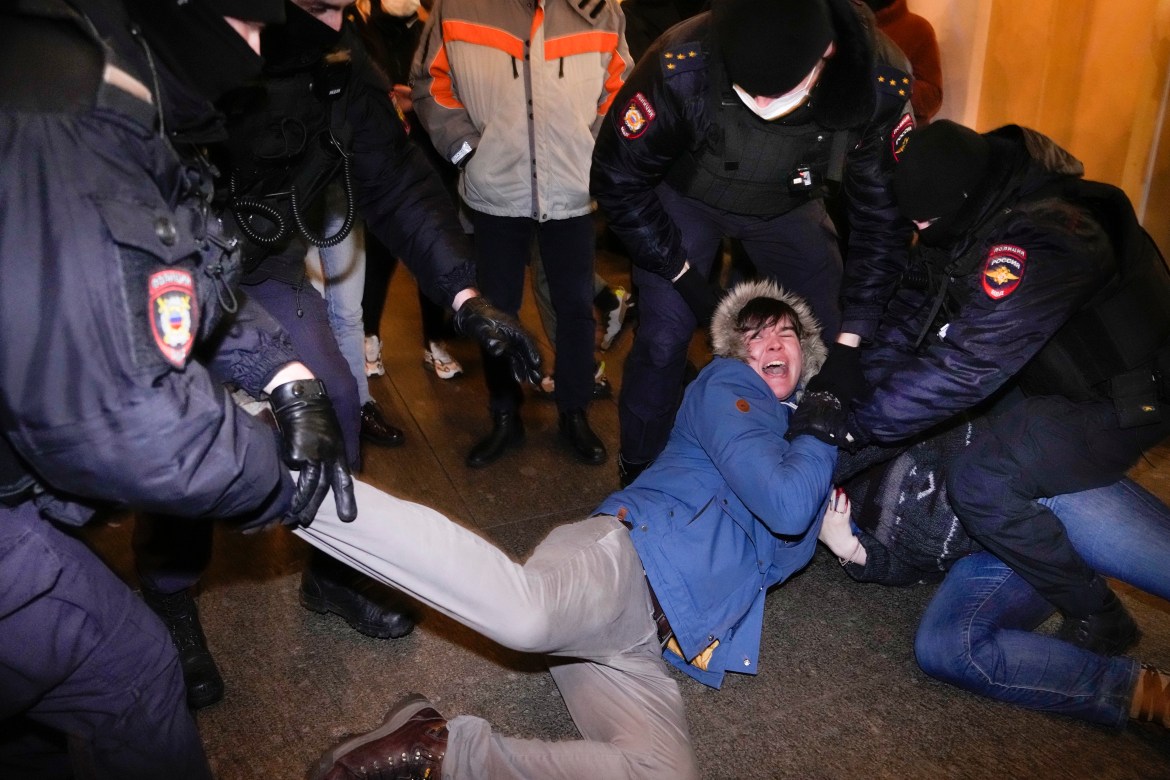 Russians have turned out by the thousands to decry their country’s invasion of Ukraine as emotional calls for protests grew on social media.

Some 1,745 people in 54 Russian cities were arrested on Thursday, at least 957 of them in Moscow.

As sirens blasted in Kyiv, Ukraine’s capital, and large explosions were heard there and in other cities, Russians were signing open letters and online petitions demanding the Kremlin halt the assault, which the Ukrainian president said had killed at least 137 Ukrainians and wounded dozens more.

One petition, started by a prominent human rights advocate, Lev Ponomavyov, garnered more than 330,000 signatures by the end of the day. 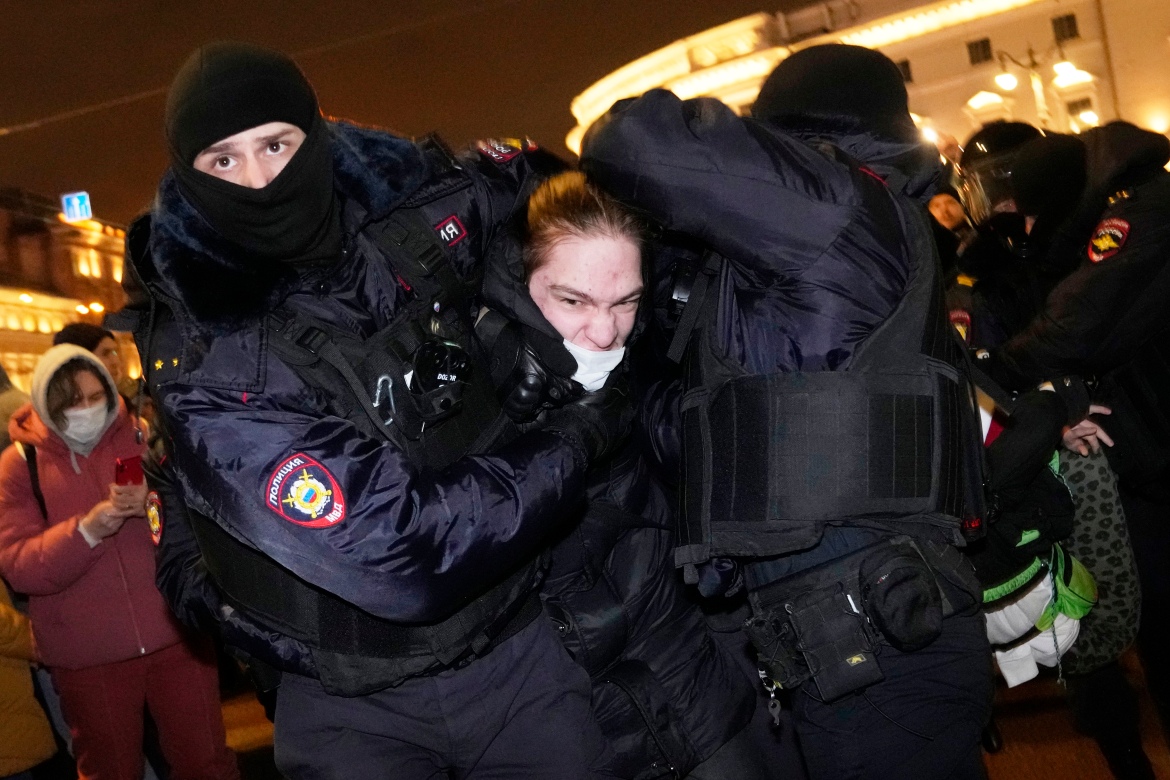 Hundreds of people gathered in Moscow, St Petersburg and other Russian cities on Thursday, protesting against Russia’s attack on Ukraine. [Dmitri Lovetsky/AP Photo]

More than 250 journalists put their names on an open letter decrying the aggression. Another one was signed by some 250 scientists, while 194 municipal council members in Moscow and other cities signed a third one.

Several Russian celebrities and public figures, including some working for state TV, spoke out against the attack. Yelena Kovalskaya, director of a state-funded Moscow theatre, announced on Facebook she was quitting her job, saying “it’s impossible to work for a killer and get paid by him”.

Russia’s Investigative Committee issued a warning on Thursday afternoon reminding Russians that unauthorised protests are against the law.

Roskomnadzor, state communications and media watchdog, demanded that Russian media use “information and data they get only from official Russian sources”. Some media reported that employees of certain state-funded companies were instructed not to comment publicly on the events in Ukraine. 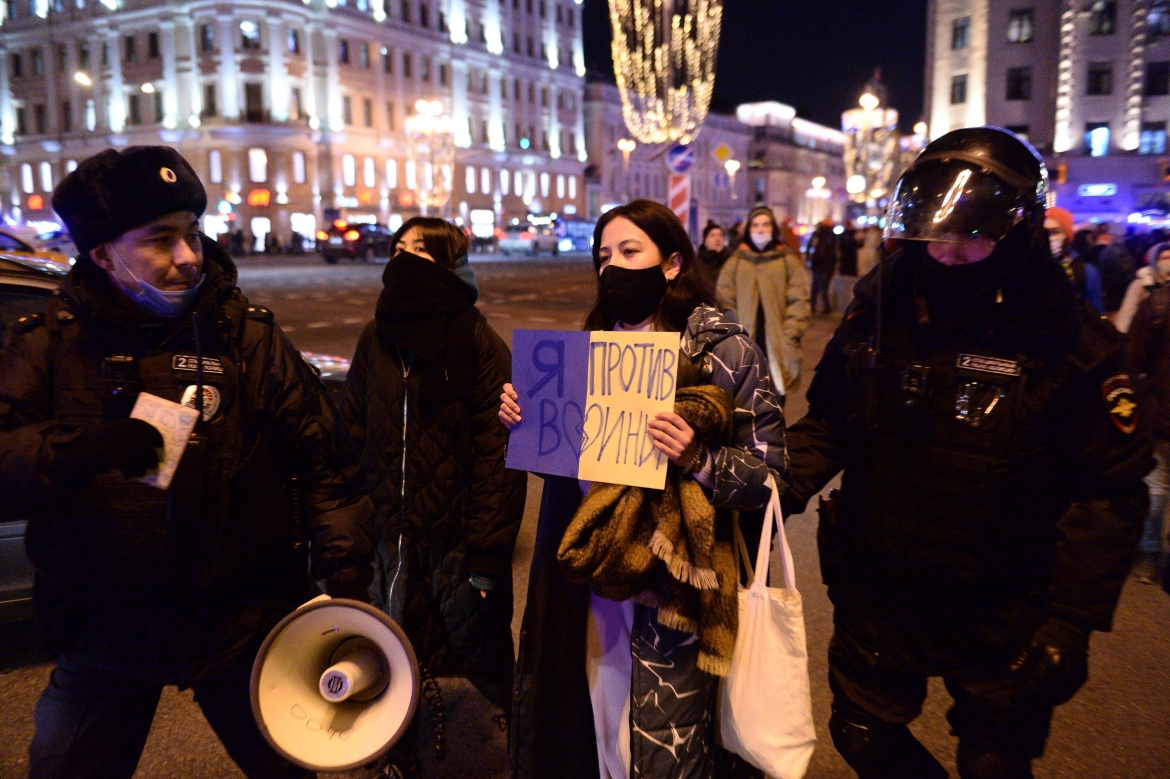 Police officers in Moscow arrest a demonstrator holding a poster that reads: ‘I’m against the war’. [Denis Kaminev/AP Photo]

Despite the pressure from the authorities, more than 1,000 people gathered in the centre of Moscow on Thursday evening, chanting “No to war!” as passing cars honked their horns.

Hundreds also took to the streets in St Petersburg and dozens in Yekaterinburg.

Russia’s official line in the meantime remained intransigent. The speaker of the upper house of parliament, Valentina Matviyenko, said those who spoke out against the attack were only caring about their “momentary problem.