Killings, kidnappings, sex slavery and illegal taxation of farmers by bandits, are the four factors that will determine food security in Nigeria in 2022, findings by Sunday Vanguard have revealed. 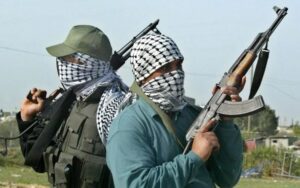 Farmers in the northern part of the country are already battling the four factors, which have left them in a state of confusion.

Majority now pay tax to bandits before accessing their farms while others have fled their communities. They are now refugees in other parts of the nation including Federal Capital Territory, FCT, Abuja.

Speaking to Sunday Vanguard, some of the farmers in the worst affected North-East and North-West regions narrated their ordeals and frustration.

Their peace and means of livelihood that is dear to them has been literally taken away by bandits. Leaders of the farmers in Sokoto, Niger, Adamawa and Kaduna states narrated their hapless situation to Sunday Vanguard, accusing the authorities of doing little to address the situation.

Small Scale Women Farmers Organisation in Nigeria, SWOFON, in the North-West and North-East, said its members are the segment of farmers bearing the brunt of bandits, herdsmen and insurgents’ attacks.

Coordinator of SWOFON in Niger State, Grace Disa, said: “I am from Gurara Local Government Area of Niger State.

“Due to insecurity in Niger State women are really suffering because most of them cannot go to their farms to cultivate or harvest any crop. “Our women have been soft targets and victims of bandits and kidnappers.

“Like last season harvest, herdsmen invaded their farmers with their cattle and ate their farm produce that was to be harvested.

“Bandits also kidnapped most of our women farmers and their families while some were killed.

“Shiroro, Munya, Mashegu, Rafi, and Mariga LGAs are the most hit in the state.

“This year will be very difficult for our women farmers because there will be high prices of foodstuff.

“And the bandits gave farmers conditions before they could access their farms.

“One of them is that during harvest, farmers would settle them with half of their harvest or pay some money.

“Each farm is to pay N20, 000, but our women refused and fled the community. “This is also because of fear of being kidnapped or taken away to be their sex slaves.

“Even when we pay the money, bandits still take some people away. The Hausa language they speak does not sound like the Nigerian Hausa.

“There are also informants living in our communities.

“Currently, a lot of women farmers and their families have fled to Kuta in Shiroro LGA while some are in Minna.’’

In Sokoto, the state Chairman, Technical Committee, All Farmers Association of Nigeria, AFAN, Chairman, Jamilu Sanusi Mohammad, said: “In Sokoto, we have 23 Local Government Areas, LGAs, and out of these 23 LGAs, two are witnessing insecurity. The two are Isa and Birni Gwari LGAs.

“Those bandits are using the vast land between Zamfara and Sokoto. And they hibernate in Sokoto forest and also use it as an escape route. They have also extended their evil activities to two other LGAs in Sokoto, which are Goronyo and Rabah.

“But they have not captured any territory in Sokoto.

“The truth of the matter is that most of the areas cultivating and producing watermelon and onions in Sabon Birni are affected.

“We are talking about 10, 000 hectares of land being affected.

“They have limited production and most farmers have not harvested their produce.

“They did rainy season farming, but towards the end of the season, the farmers were hit by bandits. “They could not harvest their crops.

“This was from September to December 2021. “Most farmers were not allowed access to their farmlands. When the place was deserted, their farm produce was damaged.

“Like millet, if it is not harvested at the right time, it will start germinating on the stalk automatically and the farmer loses that grain.

“Since people are not harvesting their farm produce at the appropriate time, they have incurred huge losses.

“For millet, harvesting is September and October. Sorghum is November and December.

“So within this time frame, we have been in crisis.

“It is very painful. Many of our members were killed and kidnapped because 99 percent of these people are agrarian. “Anybody kidnapped or killed in our area is a farmer.

“It is not a problem of Sokoto alone. It is a problem of the entire West Africa. “Traditionally, in January, the price of onion drops to like N5, 000 per bag in Sokoto.

“Today, a bag of onion is going for N35, 000 because the level of production has reduced.

“Those people consuming onions in Port Harcourt, Lagos, Onitsha, and others are affected too.

“It is the same expensive water melon that is taken to the South.

“Those in the South are at the receiving end because someone has to put a profit margin on it, and because of this it could be sold at N60, 000.

“With these bandit attacks, farmers’ low productivity will result in high inflation across the country and beyond. “Sokoto feeds the entire West Africa with onions.

“But we are working towards reversing the trend.

“We are doubling the production of the commodity in peaceful local government areas.

“Also, IDPs who moved are planting the commodity where they relocated, and that would help a lot.

“These bandits are not really Nigerians. “They are fighters from Libya who have informants among local communities. “We support the suggestion of Governor of Nasir El’ Rufai that the Federal Government should carry out carpet bombing of the forests.’’

Chairman, AFAN, Adamawa State chapter, Usman Ibrahim Michika, on his part, narrated, “Compared to Zamfara and Sokoto, our situation is a bit better because we were able to go the farms in 2021.

“Government is doing its best by sponsoring vigilante groups, hunters and other agencies.

“But our problem is kidnapping. Mayo Belwa, Mubi, Girei, and Yola South LGAs are the areas where kidnapping is rampant.

“The clashes between herders and farmers have drastically reduced in Adamawa State because we have done advocacy campaigns with both of them. “They are to have a symbiotic relationship.

“Fortunately, in Adamawa State, we have three Non-Governmental Organisations, NGOs, that were involved in the herder-farmer settlement and peace building. “They include Search for

“These three NGOs have been helping and we have been going around.

“In Numan, they selected us as the pilot for Numan, Lamorde, Demsa, Girei, and Mayo Belwa.

“We have asked farmers and herders what will bring peace in the area. The herders said they need an industrial borehole because during the dry season there is no water.

“We also discovered that there is no police post in the area. Peace is returning to Adamawa State.

“We inaugurated two committees on Early Warning and Early Response to alert us on any breach of peace.”

It was also not cheering news in Kaduna where SWOFON State Coordinator, Hannatu Sanni, said herdsmen and bandits have made life difficult for them.

Sanni said: “I have been a farmer for the past 20 years.

“In fact, our women farmers are not finding things easy in these local government areas.

“They cannot even travel to

Kaduna township for our meetings, and they are always in pain as a result of being displaced from their homes and farms.

“Some of them had little crops planted but were not able to harvest them while others had their farms destroyed by herdsmen.

“You can imagine the level of food insecurity we are going to face in the state.

“Even women marketing agricultural produce were killed and some raped.

“I could remember a friend who is Director sent her children to the farm only to be kidnapped.

“These evil people even kill farmers. The governor of the state has given an order that they should be dealt with, but bandits are still unleashing terror on farmers.”

Farmers across the country have come under sustained attacks by bandits and armed herdsmen.

This has resulted in increasing casualties who are mainly farmers domiciled in rural areas.

There is no official government figure on the growing statistics. But going by the figures of local media, foreign and indigenous NGOs, who tally the figures from media reports, the estimate is above 10,000.

Just recently, SBM Intelligence, a socioeconomic research firm, in its Media Reported Killings in Nigeria, said for Q4 2021 (October to December 2021), no fewer than 2,085 persons were reportedly killed during the period in violent incidents, including attacks from Boko Haram, militia herdsmen, abductions, gang clashes and terrorists, raising the tally of deaths to 10,366 in 2021.